True Resilience: How a Paralympian Wins With Migraine

Please note: The Migraine World Summit’s aim is to bring you a variety of perspectives and expertise, independent of bias or judgment. Alternative theories presented in this video have not been medically reviewed. Views expressed in this interview do not necessarily represent the views of the Migraine World Summit. Please always consult your health care professional and do your own research before making changes to your treatment plan. Allysa Seely is known for her competitiveness, determination, and breaking-barriers mindset. In 2016 she won two paratriathlete gold medals in Rio and was the Paratriathlete World Champion in 2015. She was diagnosed with Chiari II malformation, basilar invagination, and Ehlers-Danlos syndrome in 2010, which led to her lower leg being amputated in 2013. She suffers from muscle weakness and imbalance, chronic pain, and other medical issues but has the most amazing spirit you’ll ever meet.

After her diagnosis, Allysa was told she would be lucky if she ever walked unaided again. But being strong-willed and motivated, she wasn’t ready to give up on her passion for running and competing. To Allysa, rare diseases are no handicap. Currently, she trains seven days a week, two to three times a day; lifts weight in the gym three days a week; swims once a day; and bikes and runs four to five days a week.

Allysa was featured in ESPN The Magazine’s 2016 “The Body Issue,” in which athletes are featured nude, exposed, and unrestricted. In 2019, she won an ESPY Award for the Best Female Athlete with a Disability. She has a master’s degree in interdisciplinary studies (psychology and exercise and wellness) from Arizona State University in Tempe, Arizona. She also has a bachelor of science in biology (genetics, cell and developmental biology) from the same university, and in 2009 spent time abroad studying human and medical genetics at the University of Leeds in England. 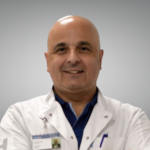 10 Steps to Migraine Management Your Doctor Should be Taking True Resilience: How a Paralympian Wins With Migraine When Nothing Works: Treatment-Resistant Chronic Migraine The American Migraine Foundation (AMF) is a non-profit organization dedicated to the advancement of research and awareness surrounding migraine, a disabling condition that impacts more than 37 million men, women and children in the United States. The AMF was founded in 2010 to provide global access to information and resources for individuals with migraine as well as their family and friends. Video Chapters are available for every 30-minute interview during the 2022 Migraine World Summit. Use the chapters to easily navigate to relevant segments to find answers faster. Click on the bullet icon next to the video settings to enable chapters.