Migraine Is No Joke For This Comedian Whitney Cummings is an Emmy-nominated comedian, producer, writer, and director whose career spans television, stage, and film. In 2019, Cummings launched her own podcast titled “Good For You,” as well as her fourth stand-up special, “Can I Touch It?” which premiered on Netflix. In October 2017, Cummings debuted her novel I’m Fine … And Other Lies, which detailed her brutal anxiety, and struggle with migraine and codependency disorder, written with her trademark entertaining wit, humor, and honesty.

That same year, Whitney made her directorial debut with the feature adaptation of Louann Brizendine’s bestseller, The Female Brain. Best known for creating and starring in the NBC series Whitney, she also co-created and co-wrote (with Michael Patrick King) the Emmy-nominated CBS comedy series 2 Broke Girls. Past feature film credits include Unforgettable, The Wedding Ringer, Made of Honor, and The Ridiculous Six. 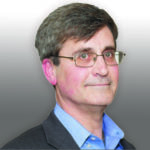 Are You Really “Just Fine”? 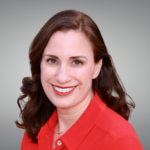 How Can You Stand Up Against Migraine?

Migraine Is No Joke For This Comedian Finding Calm in a Crisis